Many students believe that the personal statement should be used to brag about a notable achievement. But we’d like to talk about one unusual approach to the Common App Essay right now. Because, as one high school candidate demonstrates, a good essay might be about something as basic as a person’s love for Costco.

Brittany Stinson’s Costco essay became viral in 2016 after she was invited to five Ivy League universities, including Yale, Columbia, Dartmouth, University of Pennsylvania, and Cornell, as well as Stanford and other highly elite schools. People still find it interesting to learn about Stinson’s unusual essay topic: her years of Costco shopping. However, trying to recreate the Costco essay won’t help you—but it can serve as a model for creating unconventional personal statements. Admissions officers want to see high school students expressing themselves, and they understand that bragging or boasting isn’t the only way to get into a great college.

Topic choice: Stinson’s essay was successful because it is a unique perspective on a familiar occurrence. While shopping at Costco may not be acceptable for everyone, it was the ideal topic for Stinson because she had personal encounters with the store.

It’s also worth noting that Costco was more of a framework for the essay than a focus. She describes a variety of additional interests, including scientific research, cross-country running, and dance, all of which could have been included in a standard college essay. While Stinson’s essay demonstrates her intellectual curiosity and writing skills, it does not focus on an event or experience that demonstrates her brilliance or accomplishment. Instead, she simply wrote about something she actually enjoyed doing, without regard for its significance.

It may seem self-evident, but you should not copy the Costco essay. What you may do is come up with a list of alternative essay subjects that, on the surface, does not relate to your academic or extracurricular activities but are nonetheless significant to you.

Underlying theme: While Stinson’s article appears to be about Costco on the surface, she uses the topic to demonstrate her intellectual interest. “I examined the philosophical: If there exists a thirty-three ounce of Nutella, do we really have free will?” says one of the most memorable lines. Stinson uses a simple object, a jar of Nutella, to playfully contemplate a philosophical subject within this statement. These actions indicate that she is a thoughtful, inquisitive person who will pose interesting questions both within and beyond the classroom.

“Aerial yoga, learning how to monitor blackbody radiation using astronomy software, or dancing in front of hundreds of people,” she writes later in the piece. This paragraph helps to establish a narrative about who Stinson is now and who she will be as a college student by connecting her love for Costco to the rest of her life.

Stinson not only uses Costco shopping to demonstrate her intellectual curiosity, but she also explicitly links her topic to the rest of her application when she lists her interests and activities. As a result, the essay contributes to the creation of an overarching narrative or story about who Stinson is, a story that admissions counselors are likely to recall as they study the rest of her documents and progress through the admissions process.

Keep in mind that whatever topic you choose must convey a wider idea about your worldview or who you are as a person.

Quality of writing: This essay is also a fantastic display of Stinson’s writing abilities. She starts with a hook, characterizing herself as a “ferocious two-year-old rampaging through Costco.”

Her writing grounds in precise images and moments once she moves on from that anecdote to the rest of the essay. Her piece exemplifies the age-old writing adage of “show, don’t tell.”

This strategy engages the reader and draws them into the writing. Active language and creative word choices abound in the Costco article.

Tone: Stinson uses a carefree, welcoming tone in his writing. The essay is full of humor and has a conversational feel to it. In her essay, Stinson appears to be the type of person who would start long philosophical conversations in the residence hall, or push her study group to take a ten-minute break for an impromptu dance party, or, of course, organize a weekend trip to Costco with her roommates. To put it another way, her essay makes it clear that she will be a valuable member of her college community.

Stinson, on the other hand, avoids one of the most common Common App Essay pitfalls: sounding too casual. Her essay is chock-full of intricate, well-crafted phrases and well-chosen words. She is grammatically correct and does not use slang. The essay is neither formal nor overly informal. This may appear to be a tough balance to achieve, but Stinson’s essay demonstrates how to accomplish it. If you have any problem you can take an Online essay help service for understanding the concept.

You should try for a natural tone and voice, just as you do for a topic that seems genuine to who you are. Humor can be a useful tool, but don’t impose it if it’s not your style.

The Costco essay serves as a reminder that your college essay does not have to be a triumph over adversity or explain in detail how you achieved a particular academic or extracurricular goal. Any topic can be used to persuade an admissions committee that you would be a valuable addition to the student population if done correctly.

It’s easier to get ready to write an application essay when you can look at successful samples. However, a Costco-style declaration may appear to be unattainable at times. You may be lacking in writing originality or may be concerned about the quality of your writing, for which you may consider seeking assistance.

TutorBin provides a variety of services, including Costco essays. If the Costco essay interests you specifically, please don’t hesitate to reach out to us. Give us a few basic details, and we’ll concoct an engaging story that will pique board members’ interest.

Also read:- Which Apps are available on the Synology RT2600ac Wireless Router? 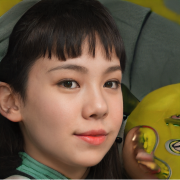 Which Apps are available on the Synology RT2600ac Wireless Router?

Everything You Need to Know About Cyber Security