Since Angular is a Typescript based framework and AngularJS uses Javascript language, the two will have several distinctions. So, let’s now look at these significant differences. Though Angular is a brilliant framework, it has several improvements from the AngularJS version. So, this works great for more extensive and smaller applications. However, both of these frameworks still have competition between them.

Before we differentiate AngularJS vs Angular, what about some little history to understand them?

So, this is JavaScript derived and founded by Google in 2010. It’s a Model-View-Controller and a library-style introduced to address dynamic rendering of HTML information in the document object model of a web browser. It provides the developers with the right toolkit to create a front-end framework to fit their needs. And for a long time now, this has been a popular choice for developers seeking an easy, innovative solution to web development.

Angular JS framework is an open-source front-end framework used to develop single-page web applications (SPAs). And this framework continues to grow, providing better means of developing web applications. And due to this, there are different Angular JS versions, and the latest one is stable, 1.7.7.

And being open-source means many users can access it freely. For example, angular JS extends HTML attributes with Directives.

It’s also known as Angular 2, as it’s a newer version of AngularJS developed to enhance the developer with more options. But this is not JavaScript-based but a subset of JavaScript language known as TypeScript. And this now comprises fresh features designed to ease the development of more extensive programs in well-structured types and interfaces.

Please note the difference here between AngularJS vs. Angular; in Typescript, there is no rendering on the fly but a compilation instead.

Let’s Now Look At The Components They Use To Differentiate Them:

Angular is a popular framework for most developers in building web applications. It’s best-suited to tackle small and more significant applications.

So far, we know a significant difference between AngularJS and Angular is the language they use. Angular is TypeScript-based and a superset of ES6, while Angular JS is JavaScript-based. And this TypeScript is backward compatible with ES5. What about Angular? It also has some benefits of ES6, such as lambada operators and reflection’s mechanism.

AngularJS uses the idea of scope and controller, while Angular does not. And if you want to scope a variable, you need to add many variables that can be visible in View and Controller.

Again, Angular1 also uses the rootScope term. And variables in rootScope are all-over applications. As Angular doesn’t use the scope or controllers, its primary architectural concept is a hierarchy of components. So that’s a directive with a template, just like the same approach as in ReactJS.

If there is one framework developers like to use for its many directives in AngularJS. In addition, developers can specify custom new directives if need be. But does that mean Angular doesn’t have standard commands? No, they do. But they use them differently.

You’ll notice that some directives names have changed in Angular, like ng-repeat to ngFor. It would be helpful to be extra careful when working out projects with Angular 2 in the beta version. Try not to confuse and make mistakes using the square brackets. For instance, use ng-repeat or ngModel in square brackets to create a two-way binding.

So, What Has Changed?

It’s more advantageous since Angular is an Angular JS version that is better and newer. Developers are finding it easier to work with small and large applications now.

Core functionality moved to different modules. And what does that mean? First, the developers will enjoy using a lighter and faster core version. It will have a dynamic loading, asynchronous template compilation, and excellent reactive programming support.

After the creators of the beta version added this, it’s a great package that can help you create a framework for your Angular project. And this is all configured.

Does Angular JS Have A Future?

Looking at what is happening with this framework, you can still hold on to the Angular JS as vendors have heavily invested in this library. And not to mention the millions of Angular JS projects developed for the web. So, you don’t have to migrate yet, as you can still keep your application supported.

Choosing between AngularJS vs. Angular is easier than you can imagine. First, you must ask yourself tough questions, like what type of library you prefer. And which web browsers will it support? If you choose to go for a newer version with more advantages, then Angular is your ideal choice. 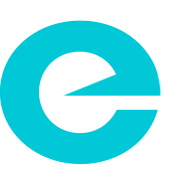 What Is BIM? How It Can Save Big Money For Your Next Architectural Project

Why Is Coolsculpting Treatment So Expensive?