From 2005 until 2011, the E90 had an entirely distinct design from its predecessor, the E46. The E46 chassis is still regarded as a reliable vehicle. When the E90 replaced the E46, it had a lot of shoes to fill, and we can safely say it succeeded.

In 2005, BMW began manufacturing of the E90, which was met with harsh criticism from 3-Series aficionados. The taillight design, in particular, drew a lot of criticism. It must have annoyed BMW since it was overhauled in 2009.

Following in the footsteps of the E46 3 Series, the E90 has been a solid substitution as a reliable machine. Of course, it was more electrical and complex than the E46, and it was one of the more complicated BMWs on the market at the time. Despite their technical advancements, these cars had to deal with a number of issues that turned out to be rather prevalent. If you notice any issue with your BMW, bring it in for Greensboro auto repair center for inspection and evaluation.

There are numerous engines to choose from under the hood, all of which were freshly designed at the time. These machines had big shoes to fill, since they were supposed to replace the renowned M54, which was incredible in terms of power, durability, and sturdiness.

Despite considerable criticism from enthusiasts, the new engines proved to be as dependable as their predecessors. The six-cylinder engines with the N51 or N52 engine codes, used in cars with the 325i, 328i, and 330i badges, are the most reliable of the petrol engines. The turbocharged variant is the most update version, coded N54 or N55 in subsequent models. It could be found in cars with the 335i emblem on the trunk lid.

Nonetheless, these engines are not with their share of flaws.

These gaskets grow stiff and brittle over time, causing an oil leak. Gaskets are inexpensive, and replacing them is not a big deal.

All E90 engines come equipped with variable valve timing. Oil sludging can cause problems with two solenoids that control valve timing. The consequence will be running issues, a lack of low-end torque, and an illuminated check engine light. Solenoids are easy to clean and remove.

On N52 engines, two DISA flaps change the intake manifold shape. These flaps may become sloppy and fail to close correctly. If left alone, they can break off and cause significant engine damage. Despite the availability of repair kits on the internet, changing the intake manifold involves the removal of the manifold.

Another source of oil leakage is the valve cover gasket. When this happens, the oil drips into the exhaust manifold, filling the cabin with a distinct burning odor. Leaking gaskets should be changed as soon as possible, as they might cause a fire in some circumstances.

In all six-cylinder engines, an electrical coolant pump is employed, and its speed is determined by the engine temperature and load. The electric motor in the coolant pump might fail over time, causing the engine to overheat. Although a new pump is costly, replacing it as a preventative precaution for vehicles with high mileage is the best option.

The only common point of failure is the stepper motor, which might seize. While the diaphragm is not available as a new component from BMW, repair kits are accessible online.

Turbocharged engines have a high-pressure fuel injection technology, which can cause stuttering and poor acceleration in early models.

Carbon buildup on the intake valves is also a problem with turbocharged engines. During acceleration, you may experience mild stuttering. Intake valves and ports should be examined, and carbon should be removed using a walnut blasting procedure. Consider BMW service Greensboro NC today!

When it comes to suspension systems, the E90 had two options: factory and sport. The brakes are generally good, but a damaged speed sensor or a faulty ABS pump might disable the entire ABS system.

These tires have a spine-like construction that allows them to be maintained from the inside when air pressure drops. It might cover a certain distance when flat. Hence, they are less comfortable than normal tires.

Interior of This BMW

A faulty passenger seat occupancy sensor might cause airbag-related dashboard errors. The plastic surfaces of the steering wheel, door handles, and center console are prone to tearing.

Exterior of This BMW

The E90’s exterior is extremely robust and high-quality, particularly the paint job, and they seldom rust. Roof trim and windshield rubber trim issues may exist in earlier models, although they are inexpensive to repair. They may also have squeaky door knobs, although most of these faults are covered by BMW’s guarantee. 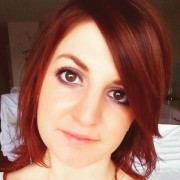 Hi, I am Alena Brown from Bellingham, WA. Combining seven years of experience as a blogger, business analyst with expertise in business data modeling, cross-company project management, and idea-conceptualization. I write on different business improvement issues and conduct public education programs regarding business development for all kinds of business owners in the US. I am always ready to help you. Please feel free to contact me.

Best Things about the Organic Body Butter You Never Knew

Get Help From The Permanent Recruitment Services To Hire Good Employees

Which Mode Of Writing Is Intended For Educated Audience?