Quordle is the game for those who like word pairing, and rhyming.  You already know the Wordle game and this is the more advanced version of that game.  You will have more challenges when you have to guess 4 words correctly just 9 times.

One of the numerous Wordle variants that have appeared since Wordle’s huge success is Quordle. Although the idea behind this game is similar to that of Wordle, there are some key distinctions that make it a more difficult and compelling game.

The basic rules of Quordle are the same as those of Wordle. However, you play four different games simultaneously and have nine chances to correctly guess every answer. Which letters are and are not included in the concealed words will be shown by color clues. The grids are then split into four portions, each of which has a different color depending on which side of the game it is. Fans of Wordle who enjoy solving difficult puzzles will love this game.

How to play Quordle?

The game’s rules are comparable to Wordle’s. Nine opportunities are given to submit five-letter words. In each word, the appropriate alphabets are marked off where appropriate. If the letter is placed correctly, the blank, similar to Wordle, illuminates in green. As an alternative, the letter is highlighted in yellow if it is right but is in the incorrect location. Grey-highlighted letters are completely absent from the grid.

Gray: The letter is completely absent from the target term.

Yellow: Although the letter is found in the target word, it is not where it should be.

Green: The letter is present and placed correctly within the word.

According to experts, the best approach to winning the game is to predict all four words at once. It is difficult but efficient. To weed out the useless letters, you might start strong with a word that makes use of the majority of the alphabet. Then, as the grid fills up with the correct letters, you might get the hint as to the right word.

Tips that help you win

Actually, Quordle also has its tricks. Here are some tips to help you win this game.

Get early coverage of the letters first, if possible. More letters will be seen than in a typical Wordle round. I’d want to start by using two or three different fonts to cover the 15 distinct letters. There are all vowels,  and the nine most typical consonants: S, H, R, D, L, C, and M.

Now that each word must be guessed in a single round, you have two additional chances to guess. At this stage, you ought to be seeking out terms that are evident. It is worth speculating if there is a strong challenger. You can filter down the remaining words more quickly the quicker you guess a word. Your theory might point to other sources of important data.

Keep in mind that a letter may appear more than once! If a letter has a yellow or green score, don’t disregard it. Try decreasing the text size if you can’t view all four panels on the desktop version without scrolling. Before attempting the daily challenge, you can play the game in practice mode to get the hang of it.

What is the difference between Quordle and Wordle?

The Quordle follows the standard Wordle rules, with the exception that you must solve four words at once and have nine attempts rather than six. The color suggestions on the keyboard keys are divided into 4 sections based on the game’s side since there are 4 hidden words. This game has grown in popularity since it is both significantly more challenging and captivating than Wordle’s original edition.

Is Quordle available in other languages?

What word would be ideal to begin the game with?

Try to utilize a term with as many vowels as possible and no repeating letters at the start of the game, such as “RADIO.” Grant Sanderson, a mathematician, discovered that “CRANE” or “SLOTH,” which contain letters that are commonly used, is the best starting words.

This post covers everything you need to know to get started with Quordle game. 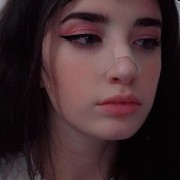 How Should You Choose Bookcases?

Is an Automatic Transmission Less Fuel Efficient Than a Manual Transmission? Let’s Find Out!

How To Draw a Santa Sleigh Drawing Step By Step

Best websites in UFC stream in 2022

Basket Random – How To Play