The API 6D plug valve has a cylindrical or conical disc with one or more horizontal hollow passageways that can be rotated to open, close, or control the flow of the fluid through the valve. Most commonly use is the two-port lubricate type with an open and close position.

What is a Plug Valve?

The valves can be use for liquids or gases such as:

Plug valves can be ordered with either flanged, hub, or buttwelded ends and with cast bodies (> inches) or forged bodies (< 2 inches diameter).

Among the key reference specifications for this type of valve, for petrochemical applications, are API 6D (downstream) and API 6A (upstream).

Plug valves can be operate manually, using a wrench or gear, or using electric, electro-hydraulic, pneumatic-hydraulic, or gas over oil actuators.

Plug valves come in four main types, each with its features and benefits.

In a lubricated plug valve, a lubricant reduces friction and seals the ports tightly. Typically, the lubricant is a base oil that enhances the viscosity of the moving parts, like amorphous or fumed silica, which is injected between the plug face and the body seat at high pressure.

Some manufacturers recommend using a lubricant that matches the process fluid and resealing the valve after a certain number of cycles (or after every cycle for some applications).

This maintenance requirement makes lubricated valves suitable for non-continuous applications. Processes with mildly abrasive particles suspended in the fluid such as upstream applications. Gas pipelines with bypass valves, and blow-down valves on valve stations and kicker valves require this type of valve.

Generally, metal seats use in this type of plug device.

A tapered or conical disc acts as a wedge and presses a soft-material sleeve against the body cavity (the sleeve reduces friction between the plug mechanism and the body).

When low maintenance is need, such as with sulfur, hydrogen fluoride, or when fluids could solidify, non-lubricated valves are preferred over lubricated types.

The downside of non-lubricated valves is that they can only use for a limited range of temperatures, pressures, and types of fluids (chemical resistance) because they use a non-metallic seat.

One of the key benefits of an eccentric valve is its half plug, which provides a stronger seating force and minimal friction from the open to the closed position.

Plug valves of this type are typically use for dirty waters, sewage, sludge and slurries, air, and similar services requiring tight shutoff.

This is our most complex plug valve design, as it has multiple components that allow it to expand mechanicall. Giving it a double block and bleed function.

It is often use to prevent contamination of products in applications that do not require double isolation.

During operation, the expanding valve rotates between open and closed positions to protect both seals from the flow path. The body and seals do not come into contact during rotation, and the slips expand onto the body seat when the valve is close to prevent the seals from becoming worn or abraded.

Last, this configuration allows unrestricted flow and pigging operations. Plug valves are an evolution of a basic design develop back in the Roman Empire.

In general, a plug valve and a ball valve can perform the same function (fluid shutoff). Their main differences are:

Generally, plug valves are more economical than ball valves because of their simpler design

When compared to ball valves, plug valves are less prone to contamination by debris and accumulation of dirt in the interstitial spaces (a problem that ball valves commonly experience due to the spaces between the sphere and the body).

Plug valves are full port valves, without pressure drops, and ball valves may be reduce or full port (a full port ball valve would be heavier and bulkier than a plug valve of the same size).

Although ball valves are still considered the industry standard for shut-off operations at least in the oil & gas industry, plug valves are a good alternative to them.

Aira Euro Automation is the leading industrial Valve Manufacturer in Kuwait.  Aira has a wide range of industrial valves. 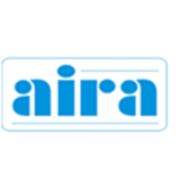 We are a leading manufacturer of 2 way Ball Valve in India. We have Hand Lever operated 2 way high pressure ball valves.

Why Do You Need an Acoustic Insulation Solution For Comfort Living? 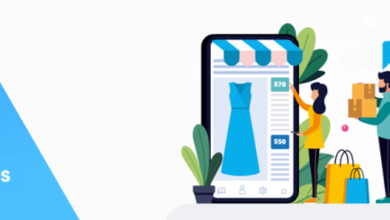