Cannabis has been explored for years as a treatment for epilepsy and other neurological diseases. It has also been the subject of heated controversy.

Epidiolex (cannabidiol, CBD) oral solution was authorized by the US Food and Drug Administration (FDA) on June 25, 2018 for the treatment of seizures in persons aged two and up who have Lennox-Gastaut syndrome or Dravet syndrome. Epidiolex is a novel treatment option for children suffering from certain forms of epilepsy. It is also the first FDA-approved medicine for treating Dravet syndrome seizures.

Epileptic Seizures: What To Know

A seizure is produced by an abnormal flash of electrical activity caused by a chemical imbalance in your brain. Your muscles spasm as a result of this electrical activity, which sends impulses throughout your body. Although epilepsy is the most frequent kind of seizure condition, it does not cause all seizures.

What Is Medical Marijuana?

Cannabis has several names, the most popular of which being marijuana. Botanists and pharmaceutical businesses often refer to cannabis by its Latin name. The leaves or flowers of the cannabis plant are often referred to as marijuana. Medical cannabis refers to marijuana as a full plant or as compounds in the plant that are utilized for medical reasons.

Cannabis contains cannabinoids, which work on cells in the body (known as cannabinoid receptors) to produce an effect. There are two main ingredients:

Is Cannabis Effective in the Treatment of Seizures?

Early data from laboratory experiments, anecdotal accounts, and modest clinical trials conducted over a period of years suggests that cannabidiol (CBD) may be useful in seizure management. Due to federal constraints and restricted availability to cannabidiol and marijuana delivery, CBD research has been difficult and time-consuming. In addition, there are several financial and time restrictions. A number of studies published in recent years have shown the efficacy of particular plant-based CBD products in treating specific categories of persons with epilepsy who have not responded to standard medications.

What Should I Be Aware Of When It Comes To Hemp?

Hemp is a Cannabis Sativa cultivar farmed for the fiber components present in its stalks and seeds in the past. Clothing fiber, upholstery, and other home products have all been made using it.

Hemp has generally had lower THC levels and greater CBD levels than marijuana. CBD and other cannabinoids produced from hemp plants were formerly classed as marijuana and classified as Schedule I drugs. Schedule I drugs, according to the DEA, have no recognised medicinal value and a significant potential for misuse. However, a federal law passed in December 2018 reclassifies hemp and CBD generated from hemp as an agricultural product and removes it off the Schedule I Drugs list.

Despite the change in categorization for hemp and hemp-derived CBD, the medicine Epidiolex is the only CBD product that has been thoroughly investigated and authorized for use as a medical treatment for epilepsy. While more CBD products are expected to hit the market in the coming months, it’s crucial to remember that not all CBD products are of the same quality or consistency from batch to batch. Any medicine or supplement you’re thinking of using as a medical therapy should be reviewed with your doctor first. The potential for benefit, as well as possible interactions with other seizure drugs and negative effects, should all be discussed with your doctor.

What Evidence Exists to Support the Use of CBD in the Treatment of Epilepsy?

Research on Epidiolex (a plant-based CBD formulation) has been continuing in the United States for many years.

Epidiolex is a CBD extract from the cannabis plant that has been refined (> 98 percent oil-based). Greenwich Biosciences (a subsidiary of GW Pharmaceuticals situated in the United States) manufactures it to ensure that each dosage contains known and consistent levels.

In controlled clinical trials, researchers looked at this drug. In these investigations, a control group was employed, with some participants receiving a placebo and others receiving CBD in various amounts. The researchers had no way of knowing who was given the placebo and who was given CBD. These investigations are referred to as “gold standard” studies.

The following is a summary of the Epidiolex clinical trials:

CBD oil from weed delivery services in Los Angeles or dispensaries for seizures in adults is available in most, but not all, US states from health food shops (although the rules vary, and you should always check with your healthcare provider). Many firms sell CBD oil as a treatment for a variety of ailments, including anxiety, sleeplessness, and chronic pain, and it might even be sold as an epileptic treatment.

If you want to buy CBD oil to help with seizures, you should always see your doctor first. According to studies, ‘artisanal’ CBD oil – which is legal but produced by tiny businesses – is much less effective than pharmaceutical grade CBD. As a result, it is advisable to follow your doctor’s advice.

It is always thrilling to hear about a new epilepsy medication; and the potential advantages of CBD oil for seizures in adults and children are particularly promising. However, we are currently discovering more about how CBD affects individuals with epilepsy; so it should not be considered a substitute for traditional medications until we understand more.

If you’re interested in learning more about CBD oil and seizures; talk to your doctor about how it could help for you and if trying it is safe. 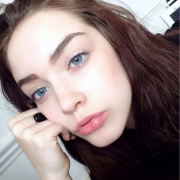 How To Optimize Quality Assurance in Software Testing

How To Blend Eyeshadow: A Beginner's Guide

The Top 5+ Home Treatments for Lower Back Pain Currently Available

Methods That Actually Work for Relieving Back Pain

Your Back Will Thank You For Reading This Article